Cats are one of the most popular pet animals in the US. In the National Pet Owners Survey, there are about 88.3 million felines living in US households. That is 13.5 million more than dogs–an interesting statistic, considering the fact that whenever we think of a pet to have, we automatically assume a dog.

With that whopping number of devotees, you are probably wondering what makes them so special that people flock in to have them. Apparently, there are various benefits of owning a cat, particularly to your emotions, health, and overall well-being. Here are five of them:

With the skyrocketing costs needed by people with mental health problems, it is not a surprise that some would explore other more natural, budget-friendly options to cope, such as owning a feline.

Cats affect emotions in such a way that they help you get distracted from the loneliness, pain or anxiety you are experiencing. A simple stroke on their fur is sometimes enough to release those happy hormones you need to get through one more day. 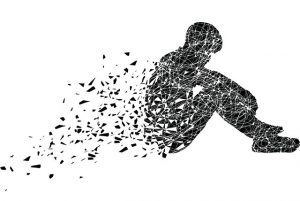 But if you think that you can’t afford to have cats－their lifestyle ain’t cheap to maintain, after all－then watching videos of them being silly can already do the trick. A research made by Indiana University revealed that viral videos of cats doing indoor parkour, play-fighting with other cats, and just being cute can already induce positive feelings and emotions to the viewer.

Cat videos are great, healthy, and free coping mechanism you can quickly employ once you feel an attack coming. But of course, do not ignore the medications your therapist advises you to take.

Having a bad day? Just stroke your cat as soon as you get home or visit a cat cafe after work. A Swiss study revealed that your house feline can actually help in warding off your negative mood. It cannot, however, do anything to lure in a positive atmosphere.

What can you do to get good, positive energy when you get home? The best advice the study gave: get some romance.

Of course, single people would protest. But don’t worry; your feline can actually help you find a partner. A British research revealed that women are more attracted to men who own a pet animal, be it a cat or a dog.

But the survey didn’t stop there. It also revealed that male feline owners are perceived to be nicer and more caring than dog owners. Some believe that this is because cats are able to pull out the sweet, sensitive side of men which women find attractive. Who would have known that felines can give you extra brownie points from the ladies?

Word of warning: even though you already have a significant other, you must not neglect your cat. Having both a cat and a partner is one thing. Keeping them by your side, however, is another story altogether.

Most grandparents (plus some nosy neighbors and relatives) are overly anxious about letting new parents have their newborn baby live around cats and dogs due to various reasons. Some think that they can cause danger to the infant while others believe that your furry friends can pass on various diseases that can seriously harm the baby. 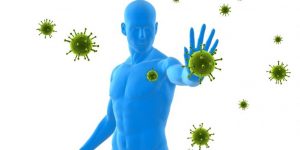 While these two things can be true－a lot of headlines showing that there are cases wherein pets attack babies－the latter reason can actually be a beneficial thing for your child. Various studies have revealed that early exposure of babies under a year old to allergens present in animals can help fight infection and respiratory issues.

They do this by strengthening the immune system and improving it as the babies get older, making them less susceptible to popular childhood illnesses. The same concept applies to common food and inhalant allergies as well.

Do note, however, that despite the benefits your furry friends can bring to your baby’s immune system, you must still be wise enough to supervise them whenever your baby and your cat are together in one room.

If your family has a history of heart problems and other cardiovascular diseases, getting a cat can decrease your chances of actually developing them.

A study wherein they observed cat owners over a 10-year period later showed that they are 30% less likely to perish from heart disease and stroke when compared to non-cat owners. 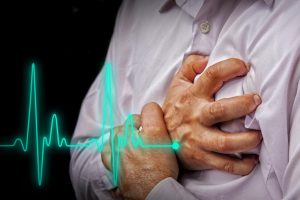 One of the possible reasons why that is so is because taking care of cats is relatively less stressful (since they do not need much care unless they’re too furry) to keep and maintain than dogs.

Aside from less stress, your cat can also help you sleep more peacefully at night. If you do not know, sleep deprivation is one risk factor in developing heart disease and diabetes since it decreases your body’s time to recuperate and heal itself from the entire trauma it received during the day.

If you own a cat for a while now, you probably know and experienced how relaxing it is to hear your cat’s purr as it snuggles on your lap or next to you.

Turns out, feline purrs are not just there to make you happy. They can actually contribute to healing your bones and muscles after a heavy workout or accident.

Purr vibrations at around 18-140 Hertz were discovered to have a resounding effect on the mobility of human joints after a trauma. Researchers are ecstatic to use these findings as a way to help humans, specifically athletes and performance artists in their healing process after a serious injury.

You may not believe it, but that feline friend which doesn’t seem to care about anything else unless you give it food can be a special someone that you need, to make your life a little less cruel and miserable each passing day. Show your cat that you love and appreciate its presence by giving a nice, juicy treat!