The worst part of being a pet owner is seeing your pet die in front of you. Cats are the animals that don’t live as long as the humans, so it is very much possible that if you own a cat, then it will probably die in front of you one day and this is the reality. A lot of owners take different measures to prevent that.

If their cat starts to get old and sick and their vet tells them that the cat doesn’t have much time left then they go for euthanasia. Euthanasia had been introduced as a merciful way of killing in which there is no pain. If cats start to get sick, then this is one of the hardest decisions that an owner can ever take.

But rather than going for it, owners should consider the option of rehoming if your cat is old but healthy. Sometimes when cats are healthy, but still look stressed and anxious all the time. These kinds of problems can rarely be solved by rehoming.

How it is practiced

There are many doubts and fears in owners when it comes to killing their own pet. For some pet owners, it gets really hard to see their pet die. They get so attached to them that they want their pet to be there with them throughout their entire life that’s why euthanasia can be a hard decision for them as when they see their pets at the last moment of their life, they tend to change their mind.

But seeing the pet in pain or even overpopulation of animals in a shelter makes people believe that euthanasia is the best way. They take them to the doctor where the doctor injects the euthanasia serum or liquid inside the cat’s vein, which causes a very peaceful death within a minute.

Many animal shelters practice this to control the population of the animals in the shelter or owners who think that it is ok to kill their pets if the pet is sick. 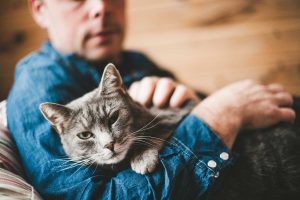 Because of leniency in the law, it is very easy to provide a cat or any other animal with euthanasia. It might be hard for some owners but this overall decision is crueler than being better. If your cat is sick and old then owners should understand that it is a part of life and we should find ways to treat them. And being a mortal species, death is inevitable. Nobody gives anyone the right to take the life of an animal just because it is sick. If the animal is too old then its death is a reality and there’s no denying that fact.

Not only cats with owners, but also many animal shelters have been practicing this for a long time because of overpopulation in the shelters or fear of epidemics. Rather than focusing on saving lives, we are providing solutions to end it. There is no mercy in taking the life of a sick animal. There are strict laws against euthanasia for humans, then why not for animals. There are many individuals who practice this without any license and also there are cases of frauds where these individuals in the name of euthanasia sell the animals or violate them.

If you are having a cat and it is sick or old then try to provide possible treatments rather than going for something like euthanasia. Owning a pet doesn’t give anyone the right to the animal’s life. It is just cruelty towards the species that usually depend on us for their survival.