Anonymous says, Home is where the dog runs to greet you. The purest definition of home with a dog tells us how nice an experience with a dog can be.

Dogs are different than humans and we often get to hear the comparisons between homo sapiens and canines, where of course canines lead to be more humane.

Apart from love, affection, and loyalty dogs that have for you, adopting them can require a lot of effort, particularly if you are new with the pet or pet is newer with you.

No matter what, you have to learn about dogs and their behaviors to ensure proper care and a perfect bond between you two.

Dogs are naturally friendlier animals and they feel at home around humans. The reason behind this is a long positive history of about 30,000 years ancient friendship between the canines and humans. As anonymous says:

“You may have many best friends but your dog only has one.”

So, if you see that your dog is showing different than the certain behavior, such as being more aggressive, being conscious is right. You need to think, what are the certain behaviors in dog and how you can identify aggression to address it. Here is a complete guide regarding that.

Here are some common behaviors of canine that don’t mean attention and are okay as per their physical requirements. 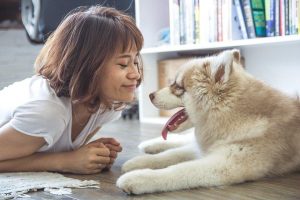 Panting is a process in which dog sniffs in rush with tongue out of his mouth. It is a normal behavior in pooches to address the inner requirements of their body such as maintaining the body temperature. It is a common reason and every pup does so, regardless of their breed.

“Love is a four-legged word.”

Howling and barking is another way of communication in dogs. They do so to communicate with their owner or other bodies in the area. However, a triggered howling at specific times can also relate to the breed of the dog. Howling is the A-ooooo sound resembling to wolves and more specific in animals having genetical relation with them. However, this is not a reason to worry.

● Chewing on to Shoes and Stuff:

Believe it or not, dogs love to chew on things, especially shoes. However, bites on the shoes doesn’t mean aggression as it is a common behavior of canines. What you can do in this regard is, bring some balls and chewing toys and keep your shoes out of the reach of these little devils.

Canines Love to play with gadgets? The unique gadgets for dogs can bring extremely positive changes in your pet. 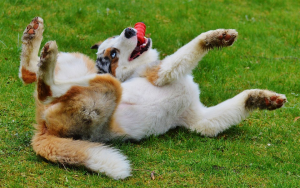 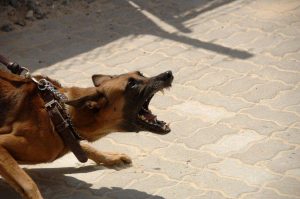 Your dog maintains an extremely stiff posture while standing if he or she is not comfortable. It doesn’t not relate to some special breed as all dogs show this behavior when feeling uncomfortable. It is an ultimate way of showing their strength against something daunting.

Dogs usually don’t hate their leashes and they love to tie around owners. However, if you see that your dog is displaying an unpleasing gesture towards its leash, it is a problem you need to address. If you will not address this problem, it can simply turn into something worse.

All dogs Snarl especially when coming upfront something they don’t like. However, snarling can be from softer to louder and louder snarls means your pet is truly disturbed by something in front. During snarling, dogs emit a low-growling voice to talk about their displeasure.

Aggression Vs Fright in Dogs:

Sometimes, a dog can behave in an unfamiliar manner due to being scared of something or someone. However, keeping a difference between dog’s fright and aggressiveness is necessary to overcome the problem. 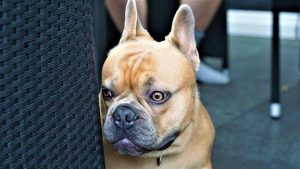 Here is how you can identify aggression in dogs:

If your dog is aggressive, no matter how big a thing is that’s making it scared, it will keep looking right at the face. However, when you see that your dog is angry yet it is not able to maintain eye contact with them, he is scared. So, if your aggressive dog looks unfocused, it is probably scared.

“You can tell by the kindness of a dog how a human should be.” -Captain Beefheart

● Upfronting someone or something new:

If your pet’s behavioral issue only occurs when it comes to face something or someone new, the daunting conduct can be due to feeling scared. A dog is though extremely friendly animal, however it gets easily disturbed or scared by new things and new people.

● Accompanied by Her Pups:

A mother dog along with her pups is always aggressive, especially in front of someone new. A domestic dog mother let the family she lives with, to touch her offspring However still in a very possessive manner. It is not aggression but fright because the mother is scared about her babies and their security. She can be extremely aggressive and even bite when a stranger would try to touch her puppies.

How to identify aggression in dogs:

Now if you are truly worried about your little companion and its disturbing behavior. You need to put some attention on your dog and spend time with him or her more often than not. Your dog’s body movements will speak for itself if they are scared or aggressive. Take motivation from Orhan Pamuk’s words:

“Dogs do speak, but only to those who know how to listen.”

As an owner of the dog, your dog will be less impulsive in front of you, unless the poor creature is suffering from some extreme trouble.

Also, when you see the signs of aggression in your dog, it is time to find its reasons.

5 Reasons Why Your Dog Is Getting Aggressive:

Your dog and its brain are too fast, trust me. Dogs have more feelings than humans do. However, as they don’t use language to express their feelings, they show certain behaviors. You may find the same behavioral recurrences in your dog but reasons associated to them can be entirely variable. Moreover, sometimes, your dog can be extremely sensitive and show behavioral issues often.

Here are 5 Reasons Why Your Dog Is Getting Aggressive: 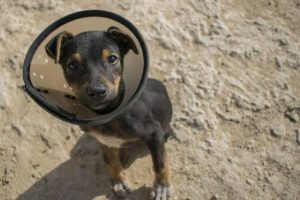 Children from species homo sapiens and adult canines, they have the same sort of attention seeking disorder. A dog feels jealous when you love any other animal or do not pay much attention to him when you come back from home. Now, to seek your attention, the pup would start barking in an abnormal manner. He can even try to pick your pants and pull you out from the sofa, an invitation to come and play with me. When you don’t answer them, they become aggressive.

Dogs love to show their strength and showcase themselves as the most powerful animal, when they someone as competition. Actually, dogs think that their owner would start loving them less and the other animals more, they try to get the other animal out of home by scaring them with their aggressive behavior. The dogs can show the same sort of aggression when they come in front of some stranger-human.

If your dog is physically ill, feeling pain, or discomfort, now to showcase their irritation it will start barking aggressively. To see, if the dog is uncomfortable because of ailment, you will have to take your dog to a vet and get it checked. Common ailments like headache, stomachache, or fever can cause aggressive behavior in dogs.

Another reason of aggression in your dog can be fear of something or someone. you will have to understand that canines are extremely sensitive species and certain incidents or experiences can stay in their mind and trigger certain feelings like aggression. Hence, if you think that the dog’s recent behavior is changed, take a look at its routine and people it has met with.

● Your dog is bored:

last but not least, a reason of aggression is feeling bored. There are chances that you have changed your apartment and couldn’t take your pet to a walk in the park. This type of problem can trigger aggression however its intensity would be mild. When you will address the issue as in taking your pet for the walk, the problem will be resolved.

How to Overcome Aggressive Dog Behavior:

Aggression is a serious issue in dogs and can lead to far-reaching troubles that can bring concerns of security for humans and their families. For example, the aggression of the dog can be the reason of biting other humans or other animals. Hence, addressing the issue is necessary.

Before you start the process, you must know that sometimes you cannot help an aggressive dog because of starting the process too late. However, here are some ways that you can use to overcome the problem of aggression in your four-legged beloveds.

● Tracking any sort of changes in surroundings:

If your dog has been aggressive recently, look at the changes you have made or naturally came to its surroundings. You will have to pay attention to the triggerants of dog aggression. For example, try to figure out if there are certain places, people, or situations lead to your dog’s aggression. It is not necessary that the event happened recently, in fact, it can be a memory of the past as well that is disturbing your dog. Try to calm your pet by mixing it with other animals who are doing fine with certain people or at certain places.

● Limiting a dog’s exposure to the situations:

Triggers of aggression are different in different dogs and they vary age wise too. For example, some dogs started feeling somber when they reach a new place, they are not used to of living. Also, some dogs get hyper and can show aggression on the road when there is so much hustle and bustle of the traffic and noise of horns erupting from all over. In this situation, the best remedy is to limit the dog’s exposure to situations make it hyper.

Finally, if you are unable to understand and configure a reason behind your dog’s aggression, all you have to do is, taking your pet to the veterinary specialist in dealing with dog behavioral issues. The doctor may ask you to admit your dog in the shelter for close examine and help. Whatever the vet suggests, act upon it.

“Money can buy you a fine dog, but only love can make him wag his tail.”

By loving your dog enough, you can hinder aggression and at the same time know the actual meaning of love.